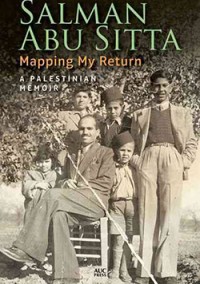 In this rich and moving memoir, Abu Sitta draws on oral histories and personal recollections to vividly evoke the vanished world of his family and home from the late nineteenth century to the eve of the British withdrawal from Palestine and subsequent war. Alongside accounts of an idyllic childhood spent on his family’s farm estate Abu Sitta gives a personal and very human face to the dramatic events of 1930s and 1940s Palestine, conveying the acute sense of foreboding felt by Palestinians as Zionist ambitions and militarization expanded under the mandate. With warmth and humor, he chronicles his peripatetic exile’s existence, as an engineering student in Nasser’s Egypt, his crucial, formative years in 1960s London, his life as a family man and academic in Canada, and several sojourns in Kuwait, all against the backdrop of seismic political events in the region.