Ahlam Bsharat is a Palestinian writer who grew up in a village in Northern Palestine. She completed her Master’s Degree in Arabic Literature at An-Najah National University in Nablus. Besides poetry, picture books, short stories, novels and memoirs, she has written a number of television and radio scripts. Her books have received many awards and recommendations. Ismee Alharakee Farasha (translated into English as Code Name:Butterfly) was included in the IBBY Honour List for 2012, a biennial selection of outstanding, recently published books from more than seventy countries. Ismee Alharakee Farasha and Ashjaar lil-Naas al-Ghaa’ibeen (translated into English as Trees for the Absentees) were both runners-up for the Etisalat Award For Arabic Children’s Literature in 2013. Code Name: Butterfly was also shortlisted for the UK-based Palestine Book Awards in 2017. Ahlam has been active in numerous cultural forums, and her craft has taken her to Belgium, France and Spain, where she was artist in residence. She has also led many creative writing workshops for children and adults, including at the Emirates Literature Festival in Dubai. 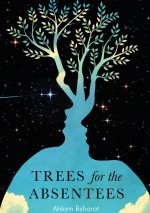 Young love, meddling relatives, heart-to-hearts with friends, real and imagined.Philistia’s world is that of an ordinary university student, except that in occupied Palestine, and when your father is in indefinite detention, nothing is...