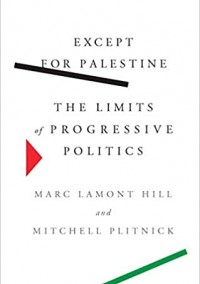 Winner of the Counter Current Award at the Palestine Book Awards 2021.

If Palestine is treated as an exception, the settler-colonial narrative is legitimised. Mark Lamont Hill and Mitchell Plitnick’s book, Except for Palestine: The Limits of Progressive Politics is an accessible, in depth analysis that takes US politics to task for normalising both Israel’s colonial violence and, as a result, the oppression of...