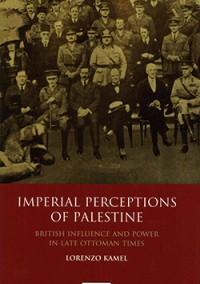 The Palestine exploration fund was founded in 1865 and is the oldest organization created specifically for the study of the Levant, the southern portion of which was conventionally known as ‘Palestine’. It helped to spur waves of evangelical tourism into the region in the late 19th and early 20th centuries which resulted in a huge array of literature describing the region, culture and people which presented it as an imaginary Palestine based on the bible, in which the Arab population and the Jewish minority were often portrayed as a simple appendix to well-known biblical scenarios. This ‘biblical orientalism’ is one of the key ways in which the dynamics and consequences of the process of simplification of Palestine and its inhabitants under British influence can be seen. Lorenzo Kamel here presents the first book focused on modern and contemporary Palestine to provide a top-down and a bottom-up perspective on the process of simplification of the region and its inhabitants under British influence. It offers a comprehensive outlook that spans a variety of cultural, social and spatial boundaries, including local identities, land tenure, tautonymy, religious charges, institutions and borders. By observing the process through which a region of different races, cultures and societies has historically been simplified, the author explores how perceptions of Palestine have been affected today.

Imperial Perceptions of Palestine is a historic account of the way Palestine has been viewed by imperial powers, with specific attention paid to European powers during the decline of the Ottoman Empire. It explores the origins of the mainstream perception of Palestine and the myths surrounding Palestine that followed, which were used as an...